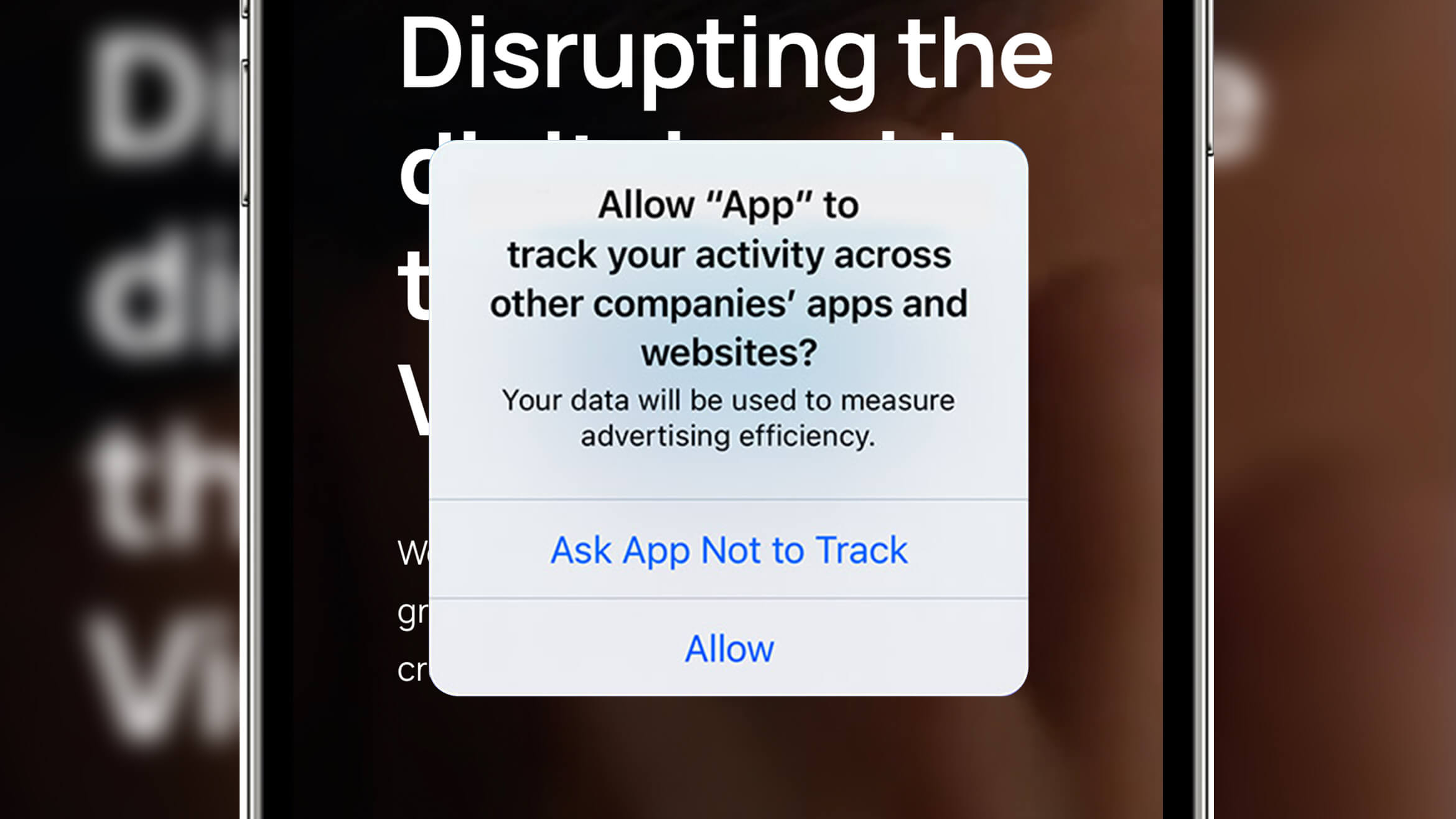 If you’ve got a phone in your pocket (and we know you do), then you’re being tracked (and no, not just by the NSA).

This is the way of the modern digital world. If you want to use apps and browse the internet on your device of choice, you’re going to be giving them data — there’s no way around it.

However, not everyone was happy at Apple about how some apps and other parties were tracking its users. It decided that its users should have more say about who can and can’t track them.

That’s where the App Tracking Transparency feature (a part of iOS 14.5 in 2021) came in — and boy did it cause a ruckus.

What Is Apple’s Anti-Tracking Feature?

Apple’s anti-tracking feature gave users the ability to tell any app on their device to stop tracking them (essentially).

It’s pretty simple to use, and often Apple devices will do you the favor of letting you know that an app has been tracking you a lot — and ask if you want that app to stop.

Why does this matter? Because one of the main ways to track return on ad spend (ROAS) and to make ads as effective as possible is to make them as targeted and user-specific as possible.

Essentially, ad companies want to only send you ads that are going to move you to action — ads that you’re actually interested in.

The more data that an advertiser has on you, the better the targeting, and the better the experience for the average Joe. You don’t get ads that have nothing to do with what you want/need, and advertisers don’t waste marketing dollars advertising to uninterested people.

In many cases, that data comes from third-party sources. Facebook has trackers in literally millions of third-party apps and websites, which means that, before ATT, it had the ability to follow you all over the internet (and to even see what you did in the real world).

That ultimately made Facebook ads extremely effective. Now, however, one of the biggest sources of data has been strangled. It’s not quite dead, but it’s a shadow of its former self.

That’s pretty much it, but boy is that enough. When ATT went into effect, it completely upended the world of digital advertising for a while. Some of the biggest ad companies out there (think Meta, Snap, etc) took a huge hit from this change.

The effect that ATT had on Facebook ads is hard to overstate. Where once Facebook ads would provide a significant return on ad spend, now some businesses are barely breaking even.

To be fair, Facebook warned this could happen, and at the cost of $13 billion in revenue, it wasn’t wrong.

One of the big claims that Facebook made was that this would ultimately be bad for small businesses, and this also turned out to be true. Small businesses have limited resources for ad spend. They need to make the most out of every dollar — they can’t just funnel tens of thousands of dollars into campaigns and then tweak them to perfection.

To put it simply, third-party tracking made Facebook ads more relevant to users as they were more highly targeted. Now, it’s harder for Facebook to target as accurately, so Facebook ads are less effective.

The reason for this is that ad agencies are struggling to track customers through the entire sales funnel. They can’t be as certain where a user came from, what point in the customer journey they’re in, what other ads they have viewed beforehand, etc.

That means users might see ads that just don’t apply to them, or don’t apply to where they are in the sales cycle, or even ads that are too late because they already made a purchase.

All this being said, there is still hope for all businesses who want to advertise on Facebook and other platforms. Workarounds have been found, and advertisers are figuring out how to help companies make the most of their ad dollars.

Can Advertisers Still Track You?

The simple answer is yes, advertisers can still track customers despite users being able to opt-out. When users opt out, they’re keeping the app in question from getting what’s known as an IDFA (identifier for advertisers).

This is basically a cheat code for the advertiser. It helps trackers immediately identify your device and see what other apps are connected to that device. It can even help them link multiple devices together and thus build a profile of you, the user. That profile, in turn, gives advertisers the info they need to send you highly targeted ads.

When you deny an app your IDFA, you’re not guaranteeing that they can’t track you — you’re just making it harder.

Advertisers can create what’s called a “fingerprint,” which is where they gather a wide variety of data from various sources until they have enough to say for sure who a specific device belongs to (or to at least build a profile of the user of that device). They can then start targeting ads as they normally would.

Is It Still Worth It to Spend Money on Facebook Ads?

Here’s the $13 billion dollar question that Meta would love an answer to (and so would everyone else).

Is it still worth it to spend money on FB ads?

The short answer is yes.

Don’t listen to the naysayers. People have been predicting doom and gloom around the social media advertising industry for years, and every year there’s a new complaint that social media ads no longer work and that your money should go elsewhere.

The simple fact is that, while FB ads aren’t as effective as they once were, they still work — you just need to work a little harder.

ATT had an impact, but that impact has been mitigated over time. There are still plenty of ways to succeed with Facebook ads, and an experienced advertiser is going to be able to show you exactly how.

It’s also important to keep in mind that there are plenty of social media platforms out there. Many of the big ones took a hit, but some platforms, like TikTok, are thriving in the post-ATT world.

Facebook still tracks what its users do on its own platform, so for many users who spend the majority of their time online within the Facebook ecosystem, Facebook can still offer an effective ad experience.

Facebook isn’t out of the game yet. You just don’t want to try it without someone in your corner who will help you succeed.

We’d love to be that partner for you.

Need Help With Facebook Ads? We’ve Got You Covered

If you want to kill it on Facebook (and any other social media platform), you need someone in your corner who knows how to thrive in the post-ATT world.

Let’s talk about what we can do for you.

Answer a few questions and our client services team will talk to you soon!
Thank you! Your submission has been received!
Oops! Something went wrong while submitting the form. 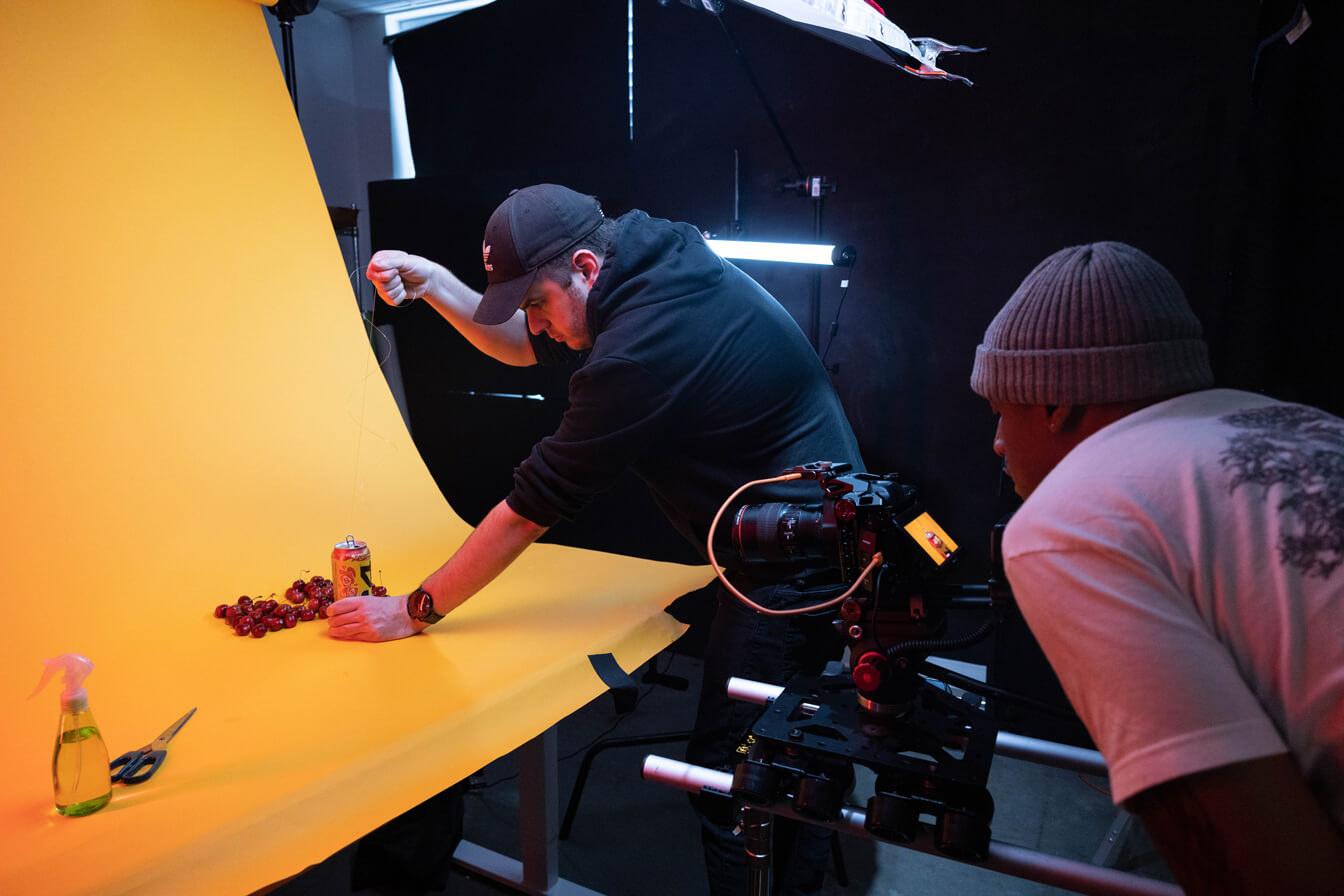 Stop Allowing Your Creative To Stumble In The Dark.
Partner with Ads That Disrupt to shine the searchlight on your product for all to see.